Slow but sure path to recovery for Denton (TX) Police Officer 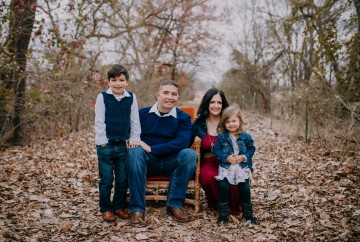 Following a tragic shooting that left him hanging onto life in 2019, Patrol Officer Urbano Rodriguez of the Denton Police Department and his family were in dire need of assistance. The prospects were grim, benefits were minimal and only with the courage and conviction of Urban and his wife Carrie did they continue to provide for their children, Gabriel (7) and Madeline (3) during a very slow and painful recovery.

The National 9-99 Police and Sheriff Foundation quickly awarded Urban and Carrie some financial relief. Along with the assistance of the 999, the Thin Blue Line Family of supporters and Nonprofits, the future for Urban and his family are now much brighter. In the last few months, Urban is regaining his speech and is working very hard to walk again. We know he will do both and much more.

According to Carrie Rodriguez, Urban’s wife, “Urban is doing well. With the help of Adaptive Driving Access and the ATO in Dallas, we were able to have a rental van to get Urban around to his appointments before finalizing the purchase of our van in September. Backing the Blue Denton helped us with a fundraiser car wash to raise funds, which we used to purchase a van for Urban.  The 100 club of Denton and the Denton Police Officer Association have also been very supportive during Urban's recovery.”

The collective support has touched the Rodriguez family, and the 9-99 wants to help even more.

Mrs. Rodriguez continues her thanks, “And of course, The National 9-99 Police and Sheriff Foundation has been helpful to us as well, as we try and navigate our new normal and try to figure out where our lives will lead next.”

Times are still hard on the family and with many prayers answered, there are still hills to climb to achieve full recovery.

“As of now we are still in a rental home looking for our permanent solution, but we are so grateful to be where we are and have the support we have! And we are very thankful to have Urban home for Christmas.”

“Urban is now attending an amazing program called REACT Neuro-rehab in Addison. This is a self-pay program offered by this Nonprofit Organization, and we think he’ll be getting technically advanced, computer guided ‘C-brace’, which comes from a company called Ottobock.”

As is evidenced in the photo, even tragedy cannot stop the human spirit of our brothers and sisters. Please keep the Rodriguez family in your thoughts and prayers during the Christmas season, and if you have a few extra dollars to help this worthy family as they fight for normalcy again, you can make a donation.

Happy Holidays from us at the 999 Foundation and check back here for more updates on Ofc. Rodriguez and his family.

By accepting you will be accessing a service provided by a third-party external to https://999foundation.org/